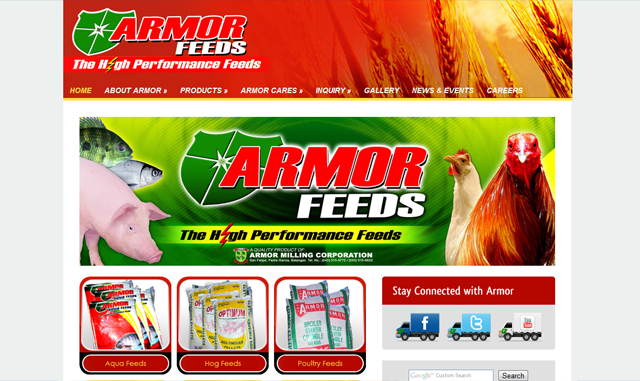 With a business that runs and goes beyond Batangas, the functionality of its website has to be on top of priority list.

Armor Feeds (head office located in San Felipe, Padre Garcia) started out in the last quarter of 1992 and was a realization of a businessman’s dream to provide quality feeds for Batangueños. Rufino M. Mojares of Lipa City was the main man behind Armor Milling Corporation.

The name ARMOR was derived from the shields used by knights to protect themselves in wars during ancient times. Consequently, a slogan anchored on the said name was shaped, “SA ARMOR, PROTEKTADO ANG KITA MO”. The logo consists of intricately designed armor with animals being fed by the products the company manufactured in each corner – poultry, hog, cattle, and fish. Reinforcing the logo in the corporate letterhead is a slogan which goes, “Armor Feeds, the High Performance Premium Feeds”. (Read more of Armor Feeds’ history by CLICKING HERE).

Armor Feeds is one of the leading milling corporations in the region. Being a huge corporation that Armor Feeds is, the content of the website must include everything that’s important for people to know, especially their high quality products.

The data gathering part was not too complicated but the images they want to be published on the site took quite some time of furnishing. The requirement on how the site would look like speaks of simplicity but with a strong recall. As mentioned earlier, there are a lot of information to be included but our team made it user-friendly in general.

It’s a good thing when your client knows what they want to see on the output. Even if it would took a couple of revisions, as long as we’re able to comply with the client’s needs and wants, our website developing team would do every task to keep things up and going. 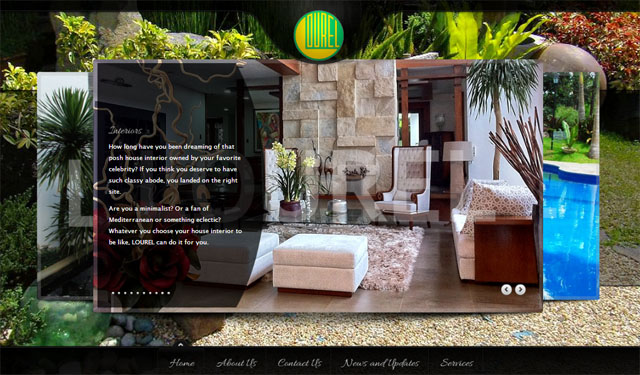 Take a Virtual Tour of Batangas in Its Provincial Tourism Website